Kettlebells have been around the gym scene for many years, but only recently have researchers dived into the extremely unique benefits of the tool. 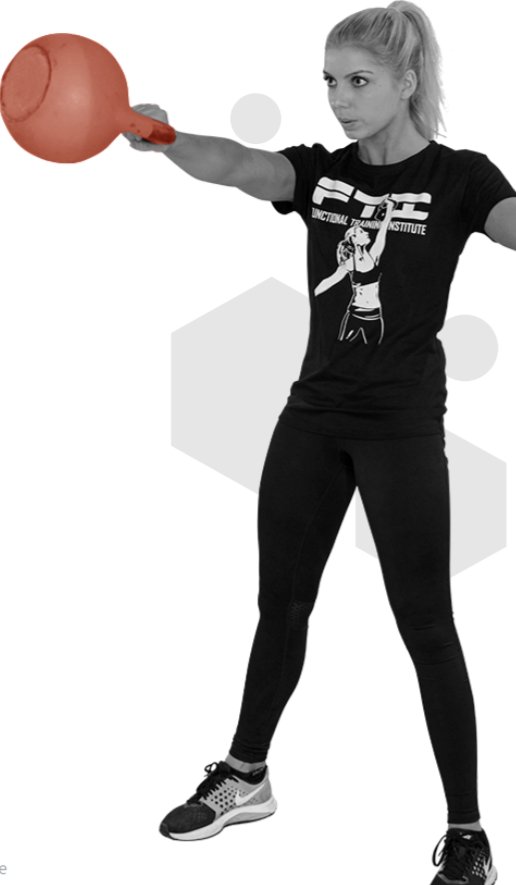 This article will take a particular look at how the traditional hip hinge swing can increase hamstring flexibility.

First, let’s get an understanding of how hamstrings are commonly perceived as ‘tight’.

As we have progressed into modern-day living the utilisation of our posterior chain has steadily decreased over time and as adults, bending over from the lumbar spine is easier than bending over at the hip, so over time the hamstring becomes dormant, dehydrated, and weak. Because of these three (not limited to) determinants when people are asked to express hamstring flexibility, it is often laughed at as being short and tight.

Performing static stretches, which has been the norm for many years, will not help this situation much at all because this tension is usually due to a fascial restriction, and fascia cannot be stretched.

So, how does the kettlebell swing increase hamstring flexibility?

And why does it have such a long-term effect? 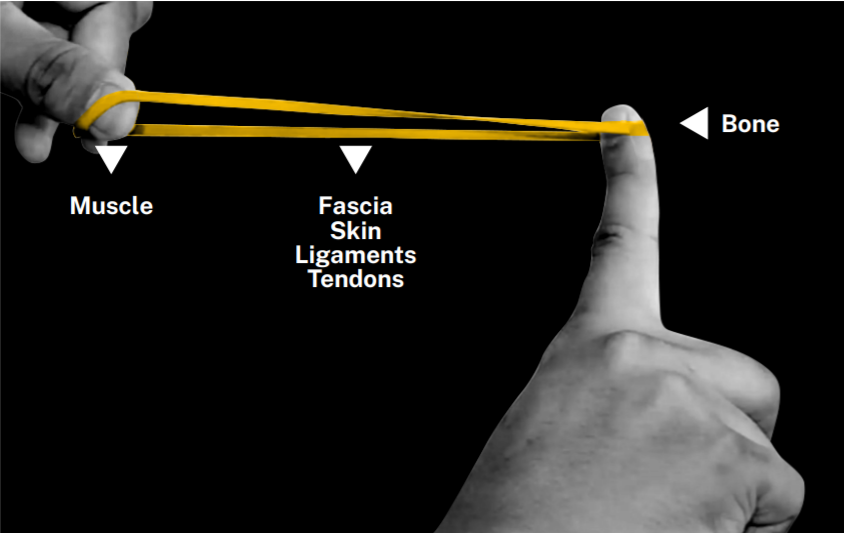 The kettlebell swing is classified as ‘agile strength’. Agile strength improves our ability to produce force to generate and sustain momentum. To sustain momentum, the body looks to capture potential energy from our elastic tissues (fascia, skin, ligaments, and tendons) which reduces the amount of total energy expenditure required to accomplish a momentum-based task.

Once the muscles have created momentum the muscular system is then only contracted statically twice during a swing. The glutes will contract at the end range of the hip hinge, and at lockout of hip extension to stop the momentum and change direction. It’s the role of the connective tissue that acts as an elastic band to keep the bell swinging every rep.

There are a few things that happen inside the hamstring while swinging that will increase its flexibility. A muscle contraction can be seen as squeezing a sponge that helps circulate blood and water within the muscle belly; this also happens to the fascial coating around the muscle once it is stretched under load to an incompressible state, flushing it with new blood and rehydrating the tissue. This helps reduce friction in the tissues as you try to lengthen your hamstring muscles.

The second way a swing can increase flexibility is through increasing strength. When a muscle is weak and not stable enough to perform a task, particularly an eccentric contraction, the nervous system will not allow the range to occur due to safety concerns.

The kettlebell swing will stretch, hydrate, and build strength in those ranges previously unreachable. The nervous system will learn to feel safety in eccentric contraction at end range, and will maintain the muscle’s flexibility long-term.

The kettlebell swing is a seemingly easy tool to use, but that’s far from the reality! To make sure you are performing kettlebell exercises correctly, efficiently, and safely, The Functional Training Institute has a certified Kettlebell course to provide you with all the knowledge and skill to get the most out of this incredible piece of equipment.