Continuing from last week’s first article on hypertrophy, this week we are going to look at a similar study. However, this time the research was conducted over a 10-week period. Longer term training studies provide more significant evidence of a training effect. Once again, this data comes from the McMaster University research group, headed by leading protein metabolism and muscle physiology researcher Stuart Phillips. 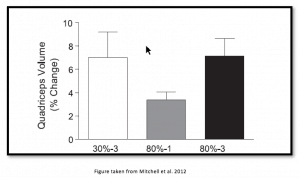 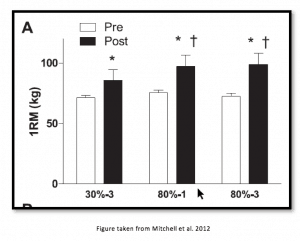 What does this mean: Similar to the recommendations provided in last weeks article. The findings of study show coaches and fitness trainers who prescribe resistance training exercises to fatigue, with approximately 30% of 1RM, three times per week may be able to induce similar improvements in muscle size and strength as a more traditional resistance training program that focuses on heavier weights and lower repetitions.  However, further research is needed to confirm if these results would occur with functional exercises which utilise kettlebells, suspension cables, functional bags or battling ropes.