In our last article on heavy or light weights, we are going to look at some of the mechanisms involved in the increase of lean muscle mass.  Our understanding on how muscles remodel and grow following resistance exercise has increased significantly over the last 10 years. Previously, it was thought the major mechanism responsible for increasing muscle mass was muscle damage. However, more recently a number of researchers have proposed there are three main mechanisms that drive increases in lean muscle mass:

As demonstrated in the graph below,  these three proposed hypertrophy mechanisms most likely occur not in isolation, but rather in unison. For example, during a high repetition set to fatigue, the target muscle fibres will experience a gradual rise in metabolic tension, as more and more muscle fibres are recruited to power the necessary contractions, whilst at the same time, more and more metabolites will accumulate as the muscle becomes progressively fatigued and by the time the muscle is fatigued, there will be most likely some degree of muscle damage. 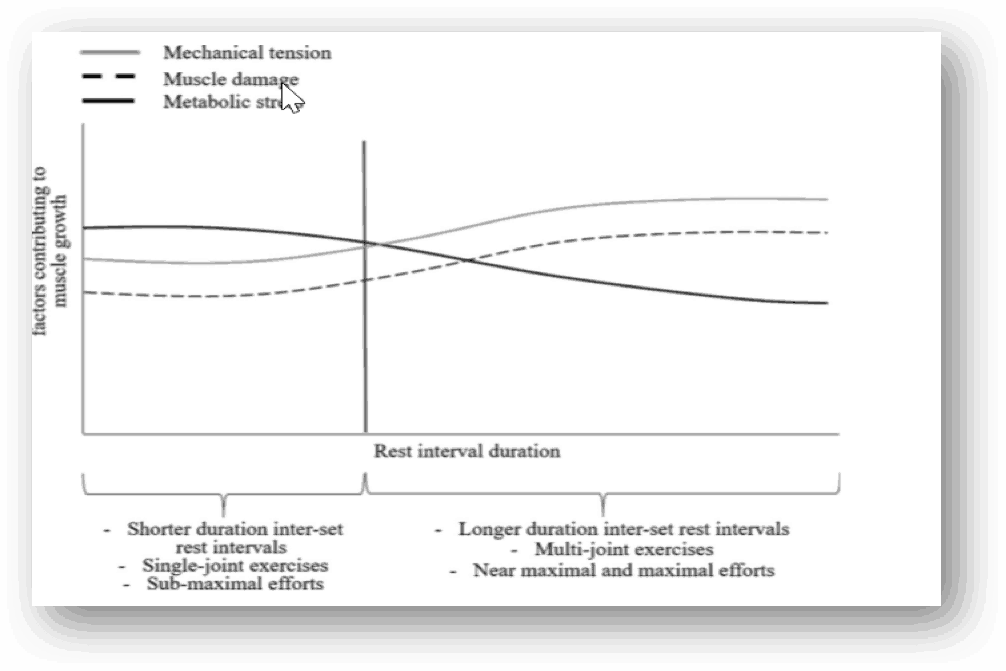 Schoenfeld, B. J. (2013). Potential mechanisms for a role of metabolic stress in hypertrophic adaptations to resistance training. Sports medicine, 43(3), 179-194.

← Heavy VS Light Weights Pt 3 - Wednesday Wisdom How long until I can see my abs coach? →