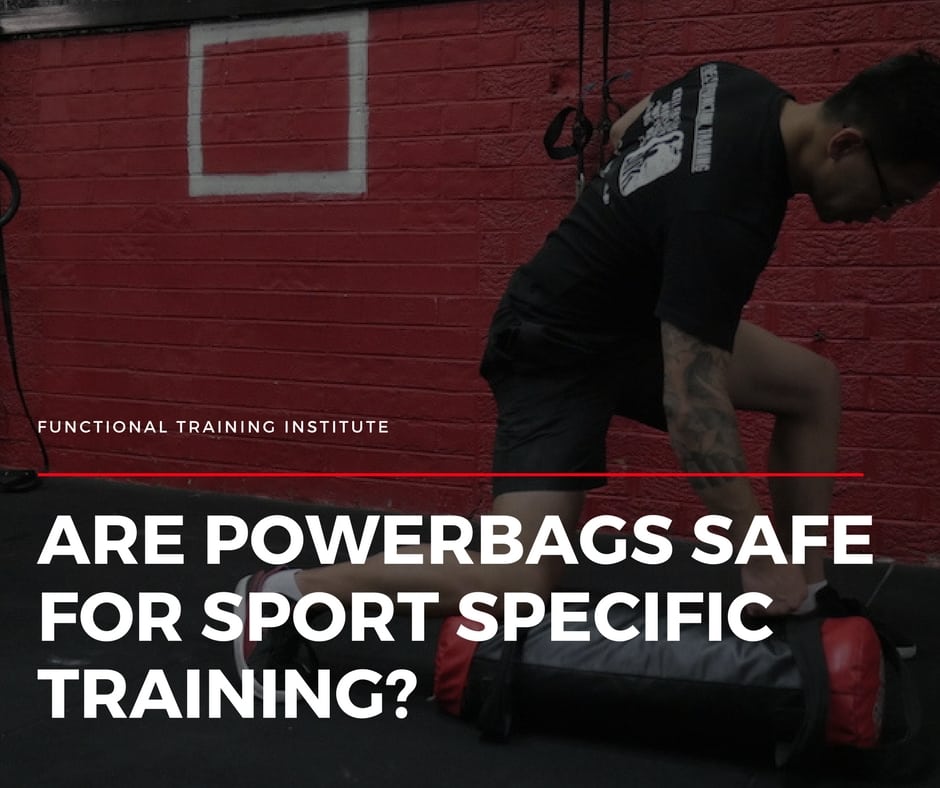 Many sports-people quite rightly use Olympic lifting movements (snatch & clean) to increase their basic power. However many sports are complex and unlike Olympic lifts not simply linear. Functional training would suggest that at least some power training movements should be produced in the planes that also reflect the specific demands of the sport. In effect this means that at least a portion of resistance training movements should also contain rotational & diagonal movements.

Rotational movements may be difficult or even dangerous to perform with traditional “hard” or Olympic weights. The positioning of the loading at the ends of the bar can lead to high levels of angular momentum being created which can be hazardous to the spine. The design of Powerbag with its short length and even weight distribution, means that far lower levels of angular momentum are created when rotational movements are produced, reducing injury risk. Injury risk from rotational forces can be reduced still further by the release of Powerbag at the end of the movement into a throw (an option that is not usually available with metal weights).

Similarly diagonal movements can be dangerous to other gym users due to the danger of impact. Although impact can still occur with Powerbag, injury risk is much reduced due to the soft construction.

Therefore there is an extremely high level of safety due to the soft construction of the Powerbag as it reduces likelihood of impact injuries and its short length will reduce the likelihood of rotational injuries.

← What are Powerbags? Putting together a Powerbag training program →