According to Boyle (2016) a functional training program should prepare an athlete to play for his/her sport, with a strong focus on training movements, not muscles. It’s important though, to maintain a balanced perspective on functional training, and not assume just because an exercise is not performed in a three-dimensional space, it is not functional. To an elderly client, increasing his/her quadriceps via a may be very functional, simply because they do not initially possess the strength to perform an unassisted body weight squat. Alternatively, we may need to increase lower limb strength using a leg extension or another regressed version of a body weight squat as a means to increase the lower limb strength required to be able to perform a body weight squat. A body weight squat in most situations would be considered a very functional exercise, but in this case it is not functional at all. Thus, an exercise that is functional at one time might be equally non-functional at another time or under different conditions. 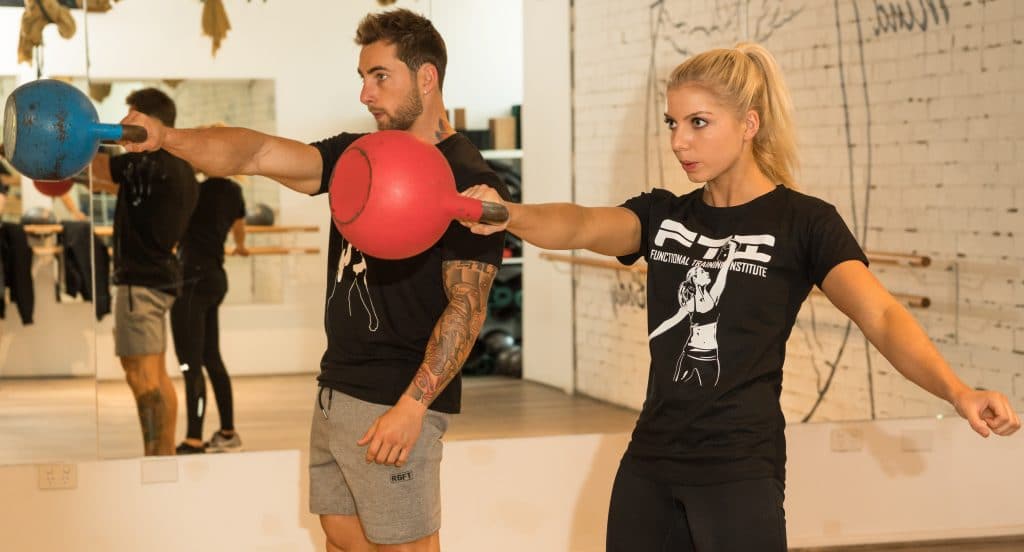 We can apply of these principals of training specificity, in the following case study:

Paul is training for his first amateur mixed-martial arts competition, as part of his physical preparation program Paul will undergo two strength and one conditioning sessions per week. Prior to undergoing this program we utilise the principals of testing specificity and select tests that are specific to the activity for which the athlete is training, so in this case we might pick a vertical jump test as lower body explosive power is critical to performance in this sport. Isometric strength/endurance is also important, particularly for choke holds etc, so we also choose a flexed-arm hang or a grip strength test to determine isometric strength endurance in the upper limbs. Next comes biomechanical specificity, and the first mistake to avoid is trying to replicate MMA techniques in the gym! No, that is what this principals is about, rather, we simply need to increase Paul’s strength in movement patterns biomechanically similar to the sport. So this might translate to exercise selections that involve pushing, pulling, rotating and squatting patterns. Therefore the workout plan might involve a lower and upper limb push/pull/core format, twice a week with a strong focus on developing the basics of strength and conditioning. Next comes metabolic specificity, to develop an effective conditioning session we must consider amateur MMA fights consist of 3 x 3 minute rounds at high to very high intensities, so our conditioning session should match these metabolic requirements – however an important point to keep in mind is that training for any contact sport involves a considerable amount of body impact (sparring, grappling etc) so to reduce joint stress and we may choose to do a series of high intensity intervals using proximately closed-kinetic chain kettlebell exercises and combine this with the battle ropes. Remember we are training for a specific adaptation, one which we can achieve without trying to make the conditioning session look exactly like a MMA training session!

In conclusion, functionally training and training specificity are intrinsically linked. Making training functional means considering the specific demands of the activity it is you want to train, and developing a functional training program accordingly. Functional training is not however, trying to replicate sporting movements with strength and conditioning equipment, rather it is about preparing the body physically for the sport or activity using intelligent exercise design.

2. Gamble, P. (2006). Implications and Applications of Training Specificity for Coaches and Athletes. Strength and Conditioning Journal. 28(3) 54-58.